Check out the gallery section for some new greeting cards.  Here are a couple examples: 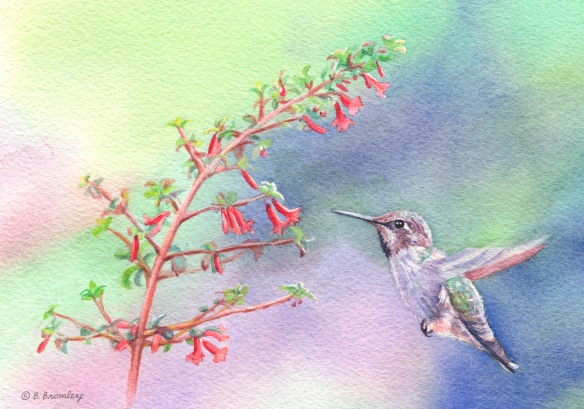 May everyone have a joyous holiday season and a Happy New Year!

I wish all near and far a joyous season and a Happy New Year!

The front of our 2016 Christmas Card

December marks a special time where kindness to others is focused on more than usual. In that spirit I wish only good things for you. Seasons Greetings! My artwork for 2017 will be filled with children doing the joyous, magic things that give us hope. That is how I plan to keep a positive outlook.

2016 has been a long year! 2017 could prove even more difficult when facing a Trump presidency built on bullying. As a former school teacher, I have spent countless hours educating students to demonstrate positive behaviors. Many after school hours were spent practicing self control skills with children who hadn’t mastered them. I have been thanked by former students who said social skill instruction proved crucial to their success serving America in the military. As an instructor, my biggest challenge was helping bullies lose bad habits and demonstrate positive behavior. Now America has elected a bully ( definition: a blustering, browbeating person; especially: one habitually cruel to others who are weaker.) I will not debate any of the reasons Mr. Trump was elected, but even those who voted for him know he shows patterns of bully behavior learned when he was young. He stands as a role model for our children who represent all of our hope for the future. Most Americans are wonderful role models for our youth. We must be even more proactive and vocal especially now when the message passed on from the top is that it’s acceptable to bully those who don’t look and think like you, or disagree with you.

To all I wish you joy and promise to treat you as I want to be treated. You don’t have to agree with me to get my respect. Your behavior earns it.